I was born to a middle-class and a lovely family. But, I never had a chance to see my father’s eyes, nor the warmth of his smile. He left us for government duty before I could call him “Pa”.

In 1975, my mother and me and my 6 siblings were captured and forced to leave Phnom Penh and to go to Battambang province. Our family settled in the Mong Ruessei District of Battambang. I had eight siblings — 6 sisters and two brothers. It was during our forced re-settlement into Battambang that my mother, all of brothers and two of my sisters died from starvation during the Pol Pot Regime.

I was the youngest in the family. I grew up in hardship and terrible circumstances like all of the other children at that time.  During Pol Pot regime, my mother would collect a small amount of porridge from each of my siblings and kept it for me to survive because during the Pol Pot Regime the whole country was captured to work hard with less food.  In 1978, my mother passed away because she could not bear with serious disease and starvation.  My mother was the last one who passed away and all who were left was me and one of my older sisters.

I did have one other sister, my oldest sister who is now living in Canada, who had already left our family because she was with her husband and their 4 children. She and her family fled to Pusat province during the war.

In 1979, our country was liberated from the Khmer Rouge.  My sister and I decided to travel back to Phnom Penh with one of my mother’s neighbor’s family who we met in Battambang. My sister asked if we could live with their family but instead she ended up having to work for the family.

We spent over 3 months walking more than 550km from Battambang province to Kandal province passing by Phnom Penh city. I felt my life was living in hell at that time. I was 4 years old and that time and my sister was 11 years old. During the three months of our journey from Battambang to Kandal Province, I got the disease called measles and I was very sick with the measles for three months. I was not taken care of well and had no treatment. Because of the war and being poor there were no vaccinations, so this was also one of the reasons that caused my sickness why I suffered from the side-effects of measles and did not recover well. Because of this illness my torso was deformed, and my body did not grow properly like normal children even after I got better from the measles. I felt a lot of pain but just ignored it. There was no proper medical treatment available because I was living in the province and the country was just restored from the hell of the Pol Pot Regime.

When we reached Kandal province we met our uncle (my mother’s young brother). My uncle is a very compassionate person and he asked permission of the family, who we had traveled with, if we could come to live with my uncle, but the family did not allow us to go to live with our uncle. They said that my uncle must pay them the money and in return they will release us to be with our uncle.  So, my sister and I continue to live with that family and she worked for that family so hard like a slave to serve that family.  This family wanted to take advantage of my sister to work for their family.

In 1980 my oldest sister, the one who had fled to Pusat province, found my sister and I. She took us to live with her in Sihanoukville. She raised us both with her four children and some relatives who were living with my sister and her family.  My sister remarried and she allowed her husband relatives to live in the family as well. We had a big family. I was sent to school when I was 11 years old.

In 1993 there was a mission family, from the USA, who came to Sihanoukville and they opened up an orphanage and were teaching English to students. I found out that I could learn English with them so I became an student at their school and learned English with them. I studied English and it was also the first time that I studied the bible.

During the time that I was studying English at the orphanage with the mission family, there was a team of doctors who came to Sihanoukville.  I was asked by the missionary if I could help with translating for this medical team and I said yes.  This was my first time to be an interpreter and I really enjoyed doing this.

The missionary at the orphanage invited me to church and so I decided to go to find out more and so about a year later, in 1994, I gave my heart and dedicated my life to the Lord and I joined eight other students who also were new Christians, and we all got baptized.

After I finished my high school, because my older sister had a small business, she offered to pay for me to go to study at University in Phnom Penh.  For me, I wanted to study law because I really had a passion to see people treated with fairness and justice.  Unfortunately, after only one year of study, my sister’s business failed and so I had to drop out of university, so I decided to go back to my family in Sihanoukville.

Later I traveled back to Phnom Penh city with the missionary family and one of the missionaries who had asked me if I could work for her as a translator. I accepted the offer from her.  The first time I joined as a staff in Assemblies of God (AoG). During office hours, I did translation work to translate English bible study material into Khmer.  The missionary who I worked with saw a spark of leadership and that I was gifted in worship and other skills so she gave me opportunities and helped teach me to learn skills in leadership and worship and joined bible study so that I could mature in the Lord’s service.

The missionary, who was my leader at AoG, went back to the USA and I decided to look for another opportunity and so in 1996 I joined CBI (Cambodia Bible Institute) in Phnom Penh where I worked as a translator for them until 1999.

During my time at CBI, I was always thinking about what else I could do to strengthen my knowledge and because of my own personal experience as an orphan and living in poverty it also gave me compassion for children in our country who were suffering like I had suffered.  I found out about the work that World Vision International (WVI) was doing in Cambodia and I really identified with what they were doing so I applied to work at World Vision.

I was successful at getting a job at WVI and while I was working at World Vision, in the role of Spiritual Coordinator, I met Dr. Russell Bowers.  He was a “Timothy Project” Manager in World Vision. He had observed the work that I was doing and my commitment to learning the Bible. He encouraged me to go to Bible School overseas in Singapore.  Of course, I was very eager to do this because I was so eager to have a more solid understanding of God’s Word and I knew it was important in the work I was doing.  So, Dr. Bowers helped me get a scholarship to East Asia school of Theology with a two-year scholarship to earn a Master of Art in Intercultural Studies.  I graduated from Bible school in 2007. 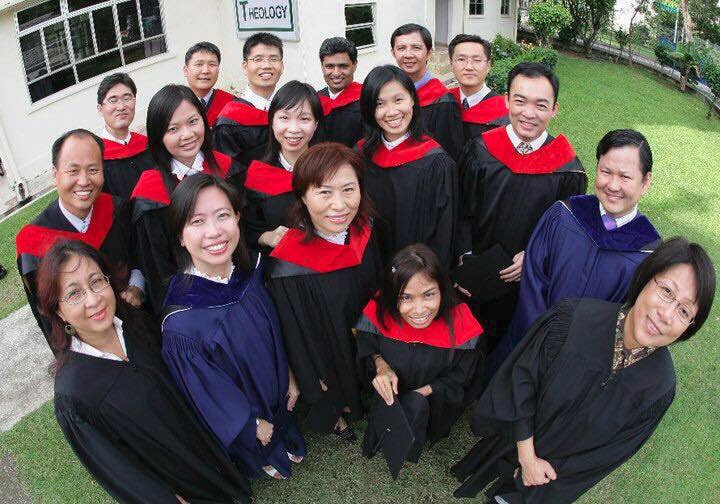 In 2016 the Lord blessed me to go to the USA for three and a half months, as a volunteer, to do a Bible ministry for women and worship ministry at a number of Khmer churches in the USA. It’s a time for me to get exposed to different cultures and churches overseas.

I returned to Cambodia in November 2016 and since then my only source of income has been doing freelance work for World Vision, Assemblies of God and other Christian NGO (s).  I also do a lot of volunteer work for my church such as helping with church planting, speaking at youth ministry when there is need from church and as a translator and a team leader.  Besides church ministry I have been ministering to children who live in slum areas.

When I look back over my life, I know that before I was a Christian I was always getting discouraged and feeling pity for myself because of what happened to me and because I had not grown up healthy and well like other children because I was debilitated from my illness with the measles.  But praise be to God that after I became a Christian, the missionaries that I was involved with gave me many examples to show me that I should not be discouraged by my situation but to look at how others are discouraged and what we should be doing to encourage them and show them about Jesus’ love for them and that they can have hope and joy with Jesus.

I remember one time how the missionary took me with her when she went to visit people at a hospital and on one of these visits was to a patient who was blind.  The missionary encouraged me to sing for to this blind lady and this was the start of my ministry and passion for worship.  In the many times I was working with this missionary I also learned how to share the Gospel with others, and she gave me a very great example of how to witness and the importance of sharing my faith with others. 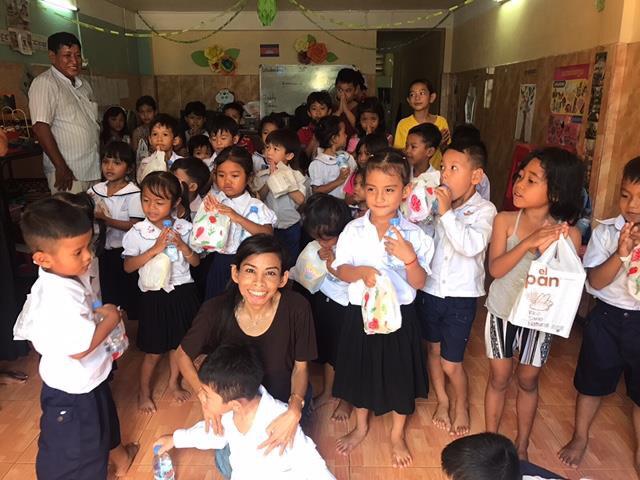 When I worked at World Vision there were many times we went into the province and the villages to help the children.  This work, and how it was done, really opened my eyes to how important it is to help people in a practical way and not to just talk or preach to them.  It also helped me to understand better about issues such as child protection, support programs and many other aspects of how to be responsible to people and communities that we serve in. I have seen how much God has blessed the lives of the children and the poor communities and how God uses His servants who he sends to minister and serve to these children and in the poor communities throughout Cambodia.

These past few years it has been a challenge to learn to listen to God so I can be obedient to His will and be guided by His plan for my life. Beside church’s ministry, and few other ministries that I have involved in, I am hosting a Master Program in leadership class which is an extension class from East Asia School of Theology – the Bible School that I graduated from. This course is to equip Christian Leaders to lead churches, communities and organizations and their families.

Please join me in prayer as I continue to serve Him and be obedient to God’s calling for me in full time ministry for the Lord.  Also, pray that I will have the physical strength needed and for a strong and close spiritual walk with God so I can have the discernment of His will and purpose. Please pray that God will provide all my needs while I am serving, living and trusting Him by faith.